Search Newsletter Login
News and Events 828 U range: where technology and aesthetics meet

828 U range: where technology and aesthetics meet

There are two main perspectives through which the concept of the product can be examined: the consumer, that is, of those who perceive the need and purchase the product, and the producer, of those who build it.

For the consumer, the product is the solution to a specific need or desire and, as such, is not characterized by absolute objectivity, but dominated by a subjective perception.

According to the producer's perspective, the product is a set of tangible and intangible attributes that characterise a seller's offer to a target market.

Benelli pays particular attention to the consumer's vision and tries to satisfy it in every possible way.

So what better way than to expand the offer?

So it was for the range of over-and-under shotguns that from 2015 to today has constantly expanded with the aim of satisfying all the demands of hunters.

The 828 U, in addition to being remembered as the first Benelli over-and-under shotgun, has entered by right into the history of the evolution of tilting firearms, because it concentrates in a type of firearm linked to tradition a set of novelties as unprecedented as functional.

How does the name of Benelli over-and-under come about?

A name, that of the Benelli over-and-under shotgun, which at first sight could be hermetic, but in reality is not accidental, as always.

828, in fact, indicates the identification code of Urbino as a cultural heritage of humanity. U is the initial of the birthplace of this over-and-under shotgun, the city of Urbino. A veiled tribute to the intimate connection that binds Benelli to the territory in which it was born and operates and to the values that distinguish it.

What is the range of 828 U over-and-under shotguns?

The first Benelli over-and-under shotgun was born in 2015: the 828 U Silver version in 12 gauge, characterized by the lightweight Ergal receiver, nickel-plated and engraved, and selected grade 3 walnut woods.

This original model is soon accompanied by the 828 U Black set-up, also in 12 gauge, which differs for the different finish of the receiver by means of black anodization, whose sinuous lines are enhanced by an elegant play between shiny and opaque surfaces.

Both the Silver and Black versions of this over-and-under shotgun have a recoil pad-trigger distance – the L.O.P., or Length of Pull – that can be selected from the values of 345 (Compact), 365 or 375 mm with medium recoil pad mounted as standard. In addition, it is possible to expand these L.O.P. values by using interchangeable recoil pads of different thicknesses.

In these two models the Benelli over-and-under shotgun thus covers five possible lengths between recoil pad and trigger (345, 355, 365, 375 and 385 mm) to really meet the needs of all those who choose it.

Is there a left-handed version of the 828 U?

The Benelli range has also been enriched with the 828 U Left Hand version, which fully meets the needs of left-handed hunters.

In fact, in addition to the possibility of deflecting the stock to the left thanks to the Perfect Fitting, the 828 U Left Hand also offers the top lever designed in a mirrored way, operated by pressing it from right to left, a movement that a left hand performs naturally with the thumb.

What is the sporty version of Benelli's over-and-under shotgun?

In 2018, the 828 U Sport 12 gauge was presented, created by the Benelli team with the support of a team of professional shooters and a research group from the University of Motor Sciences in Urbino.

A shotgun optimized for the disciplines of Sporting and Compak, which differs from the other versions first of all for the steel receiver (the firearm weighs 3,650 g with 76 cm barrels).

Benelli begins with this over-and-under in the field of shooting, choosing the two specialties that are direct descendants of the world that for decades has followed, cultivated and loved: hunting.

The 828 U Sport, also created in the left-handed version, stands out for its sporty look, extreme ergonomics, stability and balance.

The innovative Progressive Balancing system of stock, through the application of 8 weights of 12.5 g each, allows you to move the balance front or back, depending on the preferences of the shooter. All components of 828 U Sport help to make shotgun and shooter one.

What's the over-and-under shotgun for the woodcock hunting?

Also in the same year, the 828 U Beccaccia 12 gauge over-and-under shotgun was also released, dedicated precisely to the hunt for the Queen of the woods.

This model differs from those seen so far for the different shade of the anodizing of the receiver, the warm nature brown, which recalls the colors of nature, and for the 24" short barrels, or only 61 cm long.

In addition, some golden details help to characterize the elegant aesthetics of the shotgun: the engraving of the name on the receiver, the trigger and the stylized woodcock on the grip cap, which stand out chromatically.

The 828 U Beccaccia is also equipped with the Amplifier, the mobile rayed choke with dispersing effect, designed specifically for close shots typical of the challenge to the Queen of the woods.

Another peculiar aspect of the 828 U Beccaccia are the ecological extractors, which allow to remove the cartirdge cases manually and in full respect of the environment, avoiding to disperse them in the intricate vegetation that the woodcock chooses to reside in.

This over-and-under shotgun is also available in the 20 gauge.

In 2020 it is the turn of the 828 U Silver in 20 gauge: although mechanically following the brothers of greater gauge, it was redesigned from scratch because, as always in the Benelli house, the shotgun is "sewn on" to the cartridge.

If the lengths do not change from 12 gauge to 20 gauge, all diameters change instead and this involves the complete redesign of the firearm.

In addition, the cadet gauge is always appreciated also for the consequent aesthetic value that it carries with it, allowing to make shotguns with particularly streamlined lines, which also visually show lightness and maneuverability, without prejudice to the stability of the shot.

BE.S.T. treatment, an acronym for Benelli Surface Treatment, is a modern cutting-edge technology covered by industrial secrecy, which gives incomparable protection and superb aesthetic value to the treated metal surfaces.

In 828 U Steel BE.S.T. Limited Edition, with a print run of only 500 copies, elegance is expressed in the streamlined lines of the receiver, embellished by the refined engravings with a floral pattern to which are added three pheasants taking flight.

The BE.S.T. treatment, used for the fore-end iron and the Crio Power Bore barrels, ensures a high resistance to corrosion, wear and external agents.

828 U steel BE.S.T. black is pure resistance. Its receiver is made of steel and gives the over-and-under unparalleled strength and excellent stability, reducing recoil.

The BE.S.T. treatment covers steel receiver, Lock Plate, safety, opening lever, fore-end iron, monobloc and barrels. 828 U Steel BE.S.T. Black, combines precious Grade 3 walnut woods finished with oil with total black BE.S.T. steel, with different finishes for each level of the receiver and the BE.S.T. logo that embraces the grip of this over-and-under hunting shotgun. Already at first glance, the BE.S.T. absolute black has more nuances than any other color.

What began as an innovative journey of discovery, today can be considered to all extents and purposes a consolidated reality of the Benelli world, in which the 828 U family holds a position of uttermost importance. 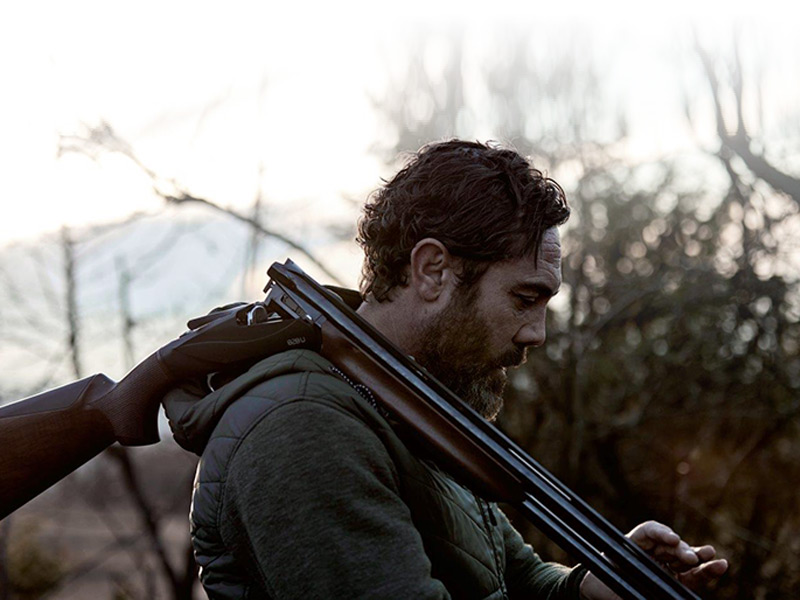 Initially used on the 828 U Silver and 828 U Black, the Lock plate is the mechanical innovation that most characterizes the Benelli over-and-under... 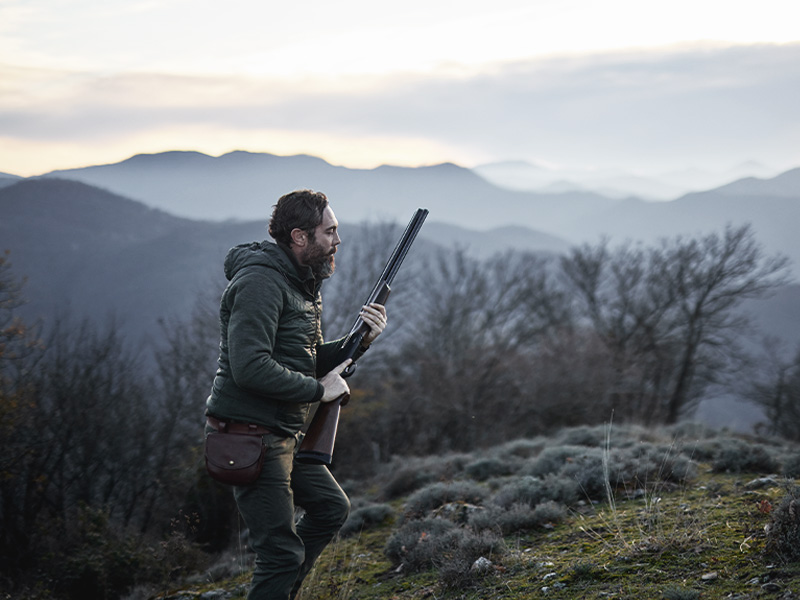 828 U range: where technology and aesthetics meet

There are two main perspectives through which the concept of the product can be examined: the consumer, that is, of those who perceive the need ... 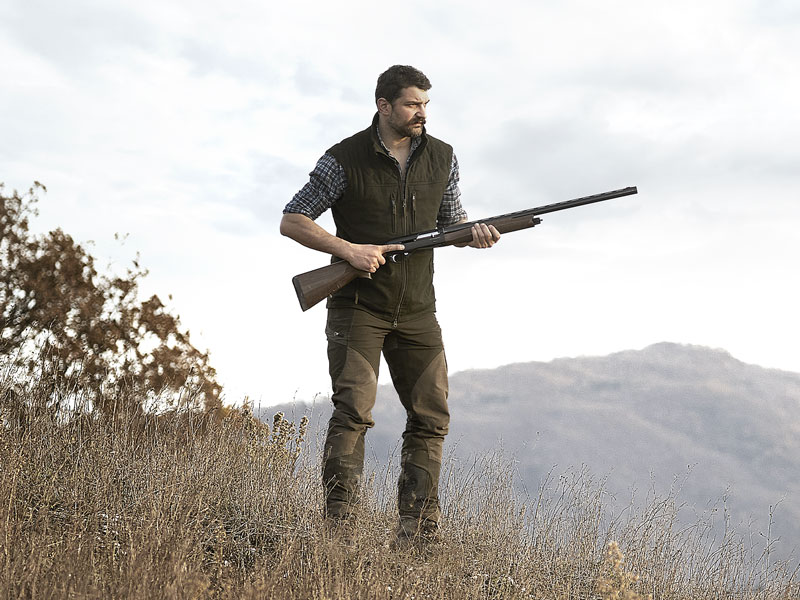 The history of the Benelli Inertial System

Like any manufacturing creation, the Benelli semi-automatic shotgun has also been affected over the decades by continual evolution, with various m...